Zach Gage&#039;s Flipflop Solitaire is a Fresh Take on a Classic 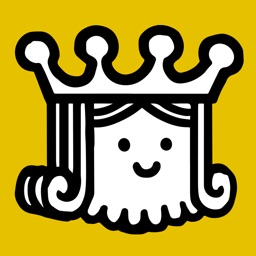 Flipflop Solitaire (Free) by Zach Gage is a new solitaire card game that breaks all the rules. You'll want to take all of your previous knowledge and experience with solitaire and throw it out the window. This is nothing like you've played before. If you enjoyed Gage's other games, including Spelltower, then you don't want to miss this new hit.

As a kid, I grew up with Solitaire on my computers. It was the quintessential computer game and one that everyone pretty much turns to when they need to kill some time back then. It's a definitive card game, but let's face it — the original gets boring after a while. That's why when Gage released Sage Solitaire a few years ago, I was eager to give it a try as it was a fresh new take on a classic. Sage Solitaire ended up being one of my favorite mobile games for a while, and it still holds up well. But when Gage releases a new game, I have to have it. And boy, this one is another surefire hit.

Just like his other games, Flipflop Solitaire has a super minimal aesthetic to it, which I love. Everything is in 2D with a simple and clean design to it. The icons to represent each suite in the deck of cards is simplified yet iconic, and the colors are bold and vibrant. I also like the modernized typography with the rounded text, because it feels softer on the eyes. Animations are smooth and fluid on my iPhone 8 Plus. There's not much going on for music, but the sound effects are fun and whimsical. Gage has a style, and it clearly shows once again in Flipflop Solitaire.

With the initial download of Flipflop Solitaire, players get to play 1-4 suites for free. However, the 5 Suite and 1 Suite Extended modes are only available through the full game unlock, which is available for $2.99. It also includes backgrounds, different card backs, and color schemes. Honestly, the game is one of the best iterations of Solitaire yet, so I think it's well worth the money.

So what is Flipflop Solitaire? As Gage himself describes it, regular solitaire is about untying knots of unordered cards into clean, sequenced stacks. Flipflop Solitaire is like the reverse of that. In Flipflop, you take your knot of cards and tie it into other, maybe better knots. Eventually, you untie the knots you created into the final stack of rightly sequenced cards. The game gives players full, complete control over how the stacks are created, giving the game a lot more depth than you'd originally think.

Yeah, that sounds a bit confusing. But once you start playing the game, it begins to make much more sense. Even though you get 1-4 Suites for free, I highly recommend playing a few rounds of just one suite to get an idea of how the game plays.

At the top, you have four empty slots. This is where you stack up all of the cards in order, from lowest (Ace) to highest (King) value. Underneath these slots are your five card stacks. The top most card is face-up, while the rest of the stack is face down. You'll want to get these cards organized in their own stacks, and they can be stacked going down in value, up, or even both.

There are two extra cards that are tucked away at the bottom left area of the screen. These can be played at any time if needed. Adjacent to these cards is the Undo button, and a "?" button that shows you all possible moves you can make. In the bottom right corner is the deck that gets dealt when you need more cards, but once it's out of cards, it's out.

Unlike traditional Solitaire, where you must arrange stacks in proper order (put lower value card on top of another card), you can put a card of higher value or a different suite on top of another. For example, you can have "K, Q, J, Q, K" in a single stack, or even "2, 3, 4, 5, 4, 3, 4." You can break up stacks and move a cluster of cards together at once, but only if they are the same suite.

Controls in Flipflop Solitaire are simple and can work two ways. You can choose to drag a card or entire stack with your finger, but you have to make sure your finger is on top of the card that starts the sequence you want to move. The easier way is to just tap on cards or the top of stacks, which makes them auto-move to the spots that they can go to. The game also has haptic feedback if you use a device that supports it. I appreciate the haptics, because it feels like all of my moves are validated.

On top of the various game modes that you can play, Flipflop Solitaire has plenty of achievements to obtain. These give players a reason to keep coming back and playing the different difficulty levels. And like traditional Solitaire, if you can get all of the rightly ordered stacks at the top, then you get a fun animation for your efforts.

The maker of Sage Solitaire, SpellTower, TypeShift, Really Bad Chess, and more has a new form of solitaire for you.

Flipflop Solitaire is another great card game from Gage. The minimalistic design is appealing to the eyes, and the subtle sound effects are delightful. The gameplay mechanic is interesting and takes your previous experience of Solitaire and replaces it with a new, modern take. The free download gives you plenty of game modes to keep you busy, and there are a lot of achievements and other things to unlock. And if you need more flip flopping, then the full game unlock is fairly reasonable and well worth the cost.

Honestly, I can't think of anything negative to say about Flipflop Solitaire. Perhaps just the fact that it requires you to forget everything you already know about a timeless game, takes those rules, and spins it all around. It does take a bit of getting used to, but once you get the basics, it's fun and addictive.

I've only played a handful of rounds since downloading Flipflop Solitaire, but I can tell I'm in love with it already. The design is modern and colorful, with plenty of options for customization if you want to spice things up. The controls are intuitive and prove that this is a great iteration of mobile solitaire, and the gameplay is fun. Once you start, it's hard to stop playing. Flipflop Solitaire is one of those perfect mobile games to play when you have some downtime.

I highly recommend grabbing Flipflop Solitaire. You can find Flipflop Solitaire on the App Store as a universal download on your iPhone and iPad for free. A $2.99 in-app purchase unlocks the full game, and is well worth it.