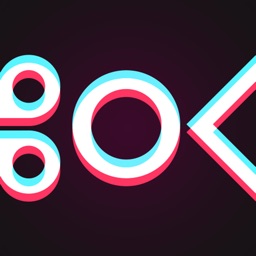 With the popularity of video clips, video editing tools on mobile are not in short supply. Such apps are often swamped with new features, including rich filters, special effects, cute stickers, variable speeds, rough cuts, and even adding recordings. It can often all be a bit much.

In that case, is there a video editing app that is powerful and comprehensive enough to cover all the features provided by existing video editing apps? The answer is – yes, StoryCut is the only video editing app you need on your phone. So if you’re a big fan of clip creation, try StoryCut, which allows you to quickly finish what you want and share it on your desired social media platform.

If you are an amateur, StoryCut also customizes the clip sizes suitable for various social platforms, such as Tik Tok, Instagram, and YouTube - so that you can share the clip with one click after making it. StoryCut has standard editing functions, such as video cut and filters. It’s worth looking at the features in StoryCut that are absent from most editing apps.

PIP (picture in picture) allows you to merge images with a video. When we tried to overlay an image of a starry sky with my portrait, we saw an incredible double exposure. Using the green screen matting feature, we placed a video in a Jurassic Park scene, and created a Hollywood-style effect.

Keyframe is a dominant feature of StoryCut, a feature previously only available in professional clipping tools on the PC. In this feature, you only need to set a few keyframes to make any material move according to the trajectory you set. For example, if you want the object to move in sync with a moving car, you just need to add two keyframes. This feature can even achieve special effects like those seen in science fiction movies.

StoryCut offers a vast number of popular effects for short video platforms. Add an old TV frame to the video, or a gold dust effect can give you a dreamlike image. There are also some split-screen effects you can utilise.

You might think that video speed adjustment is a regular feature - but StoryCut can increase the speed by eight times, with many similar apps only offering half that. We imported a video of some skateboarding and got amazing results after adjusting the speed and combining it with the reverse play function.

StoryCut contains 18 fine adjustment parameters, which can make up for the shortage of filters, saving the poorest videos that even filters cannot do anything about. I imported a video taken on a cloudy day with poor lighting, for example, but found that even with a filter, I could not get a nice color. Then I turned on the image quality adjustment. After a series of parameter adjustments, including brightness, sharpness, contrast, saturation enhancement, and color temperature reduction, the video looked brand-new, just like the image quality of a movie, and the clarity was significantly improved.

As detailed above, StoryCut has everything. You can perform every edit imaginable, and the interface is intuitive

enough to allow you to do it in no time at all. It’s entirely conceivable that you could have a video or slideshow with sound effects, cuts, transition, custom audio, double-exposure effects, and picture-in-picture ready in under five minutes.

For the most part, the effects and filters are tasteful and stylish, too, so StoryCut will let you turn out productive, high-quality content at speed. Curious prospective video editors could easily spend hours experimenting with all the tools and functions on offer, some of which are surprisingly advanced.

While tools like Instagram and your phone’s camera software will enable you to apply basic filters and stickers and so on, none of them contains anything like the depth of functionality available in StoryCut. In that sense, the app emphatically earns its place as an advanced, bespoke video tool.

StoryCut can recognize voices to generate subtitles. With one tap, you will see subtitles auto-generated from the voices in your clips. For now, this feature is only supported on Android, but we hope the dev team will implement this feature on iOS sooner so users can also enjoy the ease of subtitling that the app provides.

StoryCut is a comprehensive and intuitive video and picture editing app. VIP users will get the most out of it, as long as they don’t mind being subscribers rather than owners, but anyone looking for a richer alternative to Instagram should check it out.