In broad strokes, OPUS: Echo of Starsong seems like an all-too-familiar type of game. It's primarily a visual novel with anime stylings set in a sci-fi universe and you play as a ragtag group of space salvagers. That said, the way this game approaches and delivers this concept is so incredibly nuanced and intentional that OPUS: Echo of Starsong ends up feeling unlike anything I've ever played before. 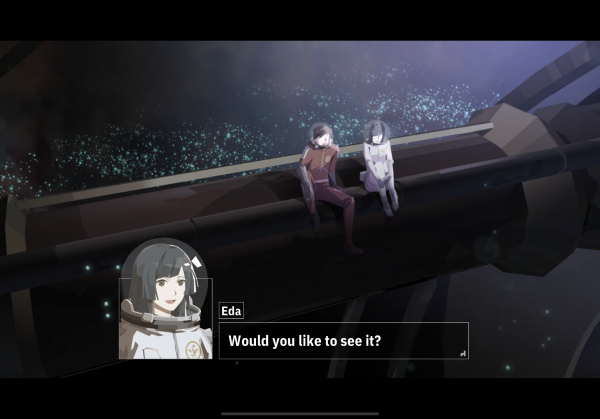 Echoes of the past

OPUS: Echo of Starsong tells the story of Jun, a disgraced noble of the East Oceaners, as he reflects on his life. In his younger years, he was set to inherit and steward the lumen caves belonging to his clan, but an incident resulted in him being exiled. The beginning of Jun's recollections start shortly after said incident when Jun has a chance encounter with a witch named Eda.

This sets off a series of adventures with Jun and Eda, and over the course of them you pilot a ship across the stars, exploring caves, chasing the past, and learning a lot more about the lore and characters inhabiting OPUS: Echo of Starsong's world.

If it isn't clear to you so far in this review, OPUS: Echo of Starsong has a lot going on narratively. Despite the tropey sci-fi setup, every little thing in this game has its own way of expressing itself just a bit differently than you might expect. For example, to hunt lumen (the most valuable treasure in this universe) everyone has to rely on individuals called witches who are gifted with the ability to resonate with lumen by singing.

At first, some of the decisions around how the world works seem arbitrary, but as the story unfolds, you learn why everything is set up and presented in the way that it is, and the payoff is a really rich and immersive story that spans years and feels much larger and deeper than most storytelling experiences you can find on the App Store. 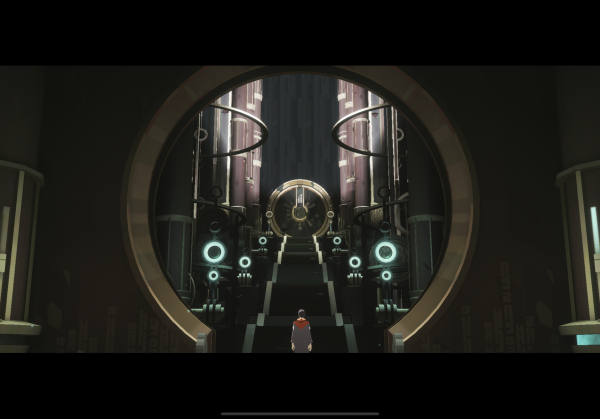 OPUS: Echo of Starsong isn't just a game where you read and listen to characters to unfold a story. Although that is a large part of the game, there are interludes where you are piloting your ship among the stars, exploring lumen caves, and more. These sections of the game are not nearly as engaging as the main narrative, but they do some important work around extending the universe.

Random encounters in space and routine expeditions into non-story-related lumen caves always reveal some other hidden facet from the world of OPUS: Echo of Starsong, while also giving you as the player room to breathe between what ends up escalating into some pretty intense storytelling. On top of that, they give you more things to look at, and OPUS is such a fully-realized and beautifully rendered world that this is something you will likely want to do.

On mobile, it is rare to see a game strike the specific balance that OPUS: Echo of Starsong does between gameplay and storytelling. This alone makes it a unique experience, but the degree of craftmanship and care put in to creating its world pushes this game beyond feeling like an interesting oddity into a truly special game you owe it to yourself to play.