David’s Disposable is Lots of Fun but Light on Function 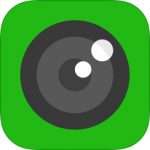 If you’re into taking pictures with your iPhone, and who isn’t, you’ve probably downloaded one or another of the many apps that offer enhanced capabilities beyond what Apple provides.

Between filters that change or add to the picture you’re taking, and apps that offer amazing customizations after the fact, there are no shortage of ways to jazz it up.

But emulating a disposable camera? Is that too retro to be fun?

David’s Disposable app does retro like few other apps do, so let’s take a look and see.

David’s Disposable, an app by David Dobrik, certainly isn’t a new idea as far as photography goes. After all, cardboard box disposable cameras were pretty popular in the ’80s.

So what’s the point of turning your iPhone’s photographic wonder into something that used a fixed focus lens and who’s only purpose was to be a cheap thowaway?

As strange as it may seem, David’s Disposable is an incredibly fun app even though we’re challenged to explain why.

The interface is one of my favorite aspects of David’s Disposable. When you fire it up it takes the form of the back of a disposable 35mm box camera complete with flash indicator, view finder, film advance wheel and shutter button. All in all very clean and easy to navigate.

Touching the shutter button takes a photo and provides a nice old-school shutter sound. The flash is on by default and so if you left it on your picture was taken with a flash. No “auto” mode here, the flash is either on or off. Keep in mind, though, that there’s no “selfie” option, like its physical counterpart, you can only use the rear-facing camera.

After you take your shot it lets you know that your picture will be ready to view at 9am the next morning. By turning on notifications for the app, it will let you know when they’re available. At at exactly 9am you will be notified that your photos are ready.

At that point you can view the photos, share them, or have them printed and sent to you.

One thing that surprised me about David’s Disposable is the lack of fancy features. It emulates an disposable box camera, which basically just took pictures with or without a flash. Period.

If you like what you see in the viewfinder you snap a picture. That’s it. No fancy effects or zooming or video.

If you touch the icon of photos in the lower left corner you will see 35mm film rolls for the shots that aren’t ready yet, as well as the shots that have been developed and are viewable.

This is a nice touch and totally in keeping with the retro theme of this app.

One thing we’re not happy about is that the minimum order for prints is 25. That’s a lot of photos and too many in our view.

David’s Disposable can be downloaded from the App Store for free and is designed for iPhone.

When it comes to price, no cost means there’s no price barrier to download the app and check out what it has to offer.

It offers a faithful disposable box camera simulation that users will enjoy and no doubt have some fun with. How long the novelty will last is something else. 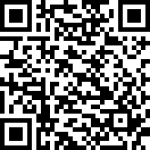 David’s Disposable requires iOS 13.0 or later and is compatible with iPhone, iPad, and iPod touch.