The Internet giant Google today refreshed its mobile productivity apps in the App Store—Google Docs, Google Sheets and Google Slides—adding support for the iPad Pro’s 12.9-inch screen along with other minor improvements.

Although Google’s word processor, spreadsheet and presentation apps now take full advantage of the iPad Pro’s increased screen size and resolution, these apps are yet to support iOS 9’s new iPad multitasking modes, like Split View and Slide Over.

In the updated Docs app, you can now enable the word-counting feature, useful if you plan on writing and editing longer documents. And in slides, you can now create an account more easily than before.

As mentioned, all three apps are now compatible with the iPad Pro and also include a bunch of bug fixes and performance improvements.

In other Google updates, Chrome for iOS was bumped to version 48.0.2564.104 today to addresses the following issues that were introduced in the previous release:

In addition, Google Drive was updated yesterday with the ability to view and restore files in your Trash and add colors to folders. Moreover, links to Drive tapped in stock apps like Messages, Safari and Mail now open in the Drive app.

You can download Docs, Slides, Sheets, Chrome and Drive free in the App Store.

It helps bike mechanics, commuters, road cyclists, mountain bikers, cyclocross riders, and BMX riders get into the right gear. You’re able to customize the calculator with your own cadence, tire size, and crank length to determine gear ratio, gain ratio, speed, pedal rotations, and more. You can also create tables to view essential information at a glance, and share all of the information with other cyclists.

There have been a rash of murders across New York City, each connected by a tantalizing note left behind. Play as a tenacious NYPD investigator and search crime scenes in order to capture the vicious “Poet Killer” before it’s too late. You’re able to search through 37 scenes, and take on 16 mini-games. Don’t just tap the screen wildly to discover objects, either. You will be penalized for poor work.

Ninja Boy Adventures brings classic Bomberman-style gameplay to iOS. Make your way through 30 challenging levels dropping bombs to break down barriers and destroy your enemies. Power-ups are hidden behind some of the barriers, which will enhance your abilities as long as you stay alive. You’re also able to team up with up to four players at the same time for an entertaining collaborative experience, or you can battle it out online or offline.

Laminar Pro helps you cut out your computer entirely when it comes to editing photos thanks to its exhaustive support for layers and masks. It truly allows you to do anything with your photos, whether that’s adjust their components, apply filters, add borders, paint over them, or even annotate them. Each layer can be manager separately as well. Your final creations can be shared via all of your favorite social networks or saved locally.

There have been a rash of murders across New York City, each connected by a tantalizing note left behind. Play as a tenacious NYPD investigator and search crime scenes in order to capture the vicious “Poet Killer” before it’s too late. You’re able to search through 37 scenes, and take on 16 mini-games. Don’t just tap the screen wildly to discover objects, either. You will be penalized for poor work. 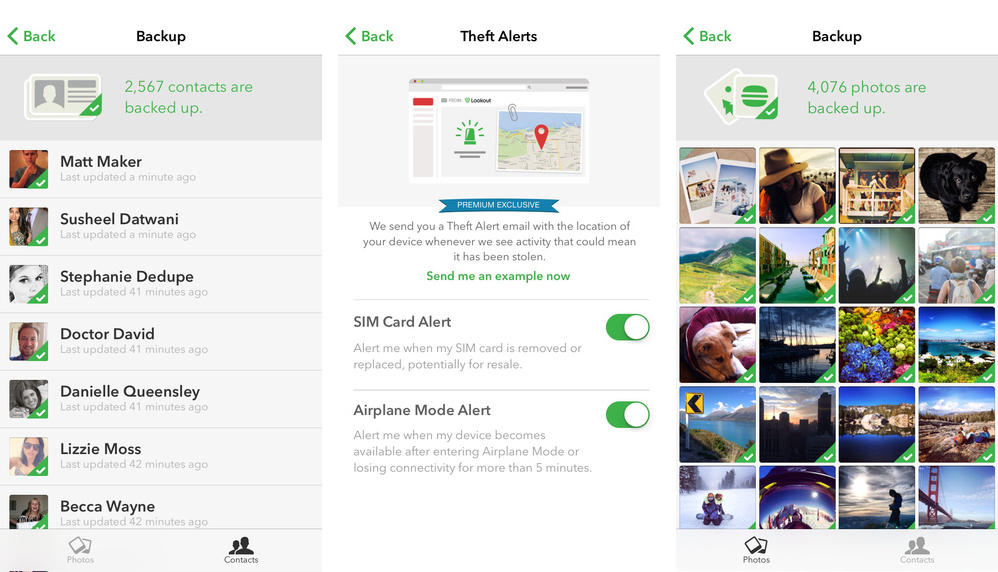 The Apple Watch has a nifty built-in feature that lets you ping your misplaced iPhone over Bluetooth, but wouldn’t it be nice if the watch could automatically notify you if you’re about to leave without an iPhone in your pocket?

A new free of charge app, Lookout, solves that problem in one fell swoop. It keeps not only your iPhone, but your iPad, iPod touch and Apple Watch safe and secure and protects your devices from data loss, theft and more.

Lookout can be configured to ping you on your wrist if you’re out of Bluetooth range of the watch’s paired iPhone. And in case you do ignore the alert and leave your iPhone behind, the app lets you see its last reported GPS location on a map. This should be an indispensable feature for locating a misplaced or stolen phone.

According to TechCrunch, the app was born out of Lookout’s regular employee hackathons. You can also make your iPhone buzz your watch over Wi-Fi if you’re out of Bluetooth range but are still connected to a known Wi-Fi network.

Other features include a distance visualization bar that tells you how far away you are from your iPhone, as determined by Bluetooth proximity data. It effectively plays the “You’re getting warmer, you’re getting colder!” game with you and your iPhone.

“Before you move out of connection-range from your iPhone, the Lookout watch app will alert you that you’re about to go out of range and give you the option to make your iPhone emit a scream sound, or pull up a map of the iPhone’s location,” explains the company.

Lookout requires an iPhone, iPod touch or iPad with iOS 8.0 or later and an Apple Watch with watchOS 2.0 or later. The app is localized in English, Croatian, French, German, Japanese, Portuguese, Russian and Spanish.

Grab Lookout at no charge in the App Store. 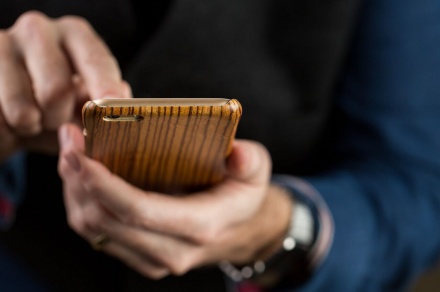 Best app deals of the day! 10 paid iPhone apps on sale for a limited time

The post Best app deals of the day! 10 paid iPhone apps on sale for a limited time appeared first on Digital Trends.

Mr. and Mrs. Fruts were having a peaceful picnic when suddenly an evil skull appeared and turned all of their friends into fruits. It’s up to you to help Mr. Fruts and his best friend Frutorious F.I.G. save the day. You’re able to fling Mr. Fruts by dragging your finger to aim and releasing to fire. Gather all of the fruits and coins on your way up while avoiding the many obstacles.

Tayasui Blocks allows you to craft just about anything you can imagine. The building process is as easy as tapping to place blocks and tapping some more to paint them. Common gestures allow you to pan around the 3-D environment and zoom in. Whatever you have built can be shared with the community or destroyed using a wide variety of zany weapons. You’re also able to explore the models that other members of the community have created.

The beauty of Maze Zen is in its simplicity. Just tilt to roll the ball through circular mazes in order to reach the center. If you want, you can compete against the speed records, but it’s not a requirement. After completing each maze you’ll receive an inspirational quote. You’re able to match the color of the mazes to your mood with a two-finger pinch. The game is also a blast to play on Apple Watch.

Sticky notes of different sizes and colors can be created by double-tapping on the whiteboard. They can also be moved and resized with a tap and drag of your finger. You're able to select and organize multiple sticky notes by first dragging your finger over them, and then using three-finger swipe gestures to choose a layout. The app also includes the ability to write on the whiteboard with different colored markers, undo and redo, a gallery view, and the ability to share your stickies as a PDF or text.