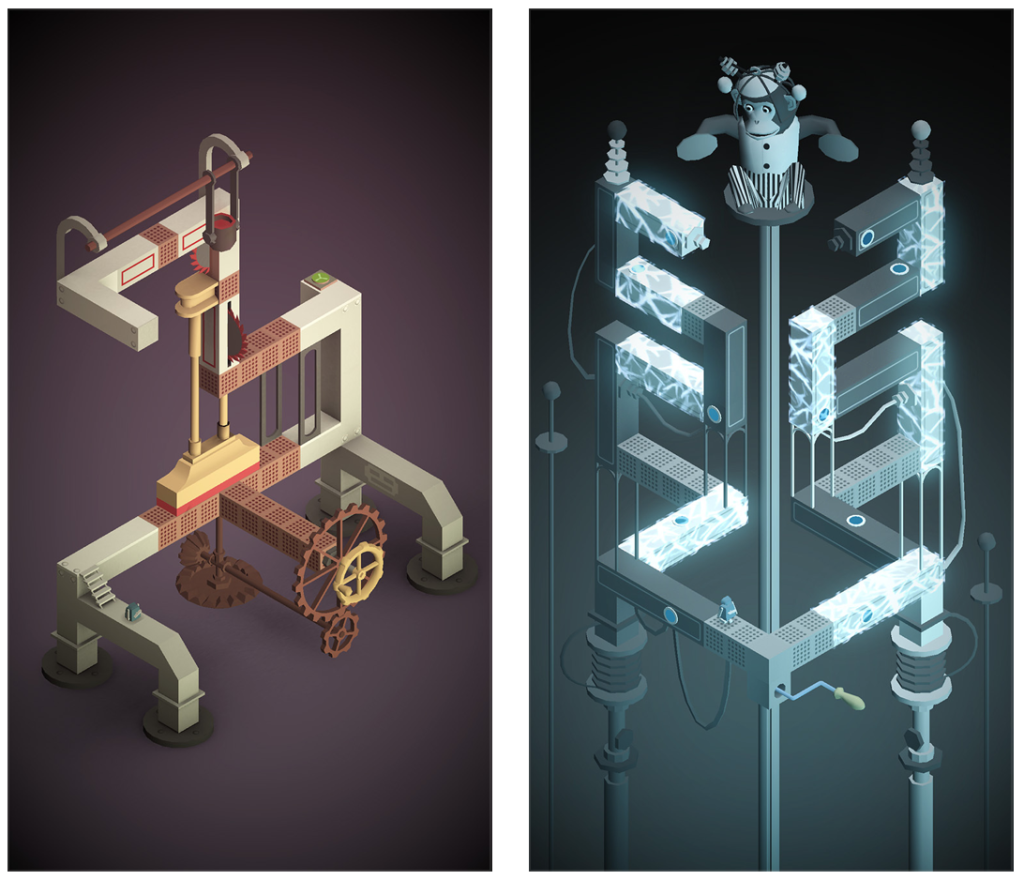 Digit, Dream Machine and other apps to check out this weekend

It was a pretty big week for Apple news, with the iPhone-maker sending out press invitations for its long-rumored March event, but it was also a pretty big week for app and game releases. Our list of titles for you to check out this weekend include an app that helps you save money, a more intimate photo-sharing app, and two can’t miss games.

Having trouble putting money into savings? There’s a new app for that. It’s called Digit, and it’s described as an “effortless way to save money without thinking about it.” The app monitors your spending habits, and withdraws a few dollars from your checking account and deposits it into a savings account, when/if you can afford it. Digit is both free and safe to use—with 128-bit banking level encryption and a guarantee against overdraft. This app is available for free.

Looking for a way to zip and unzip apps on your iPhone? Meet Bundler. The app brings Mac-like zipping and sharing to iOS. You can send files or links to Bundler with any standard Share button, as well as post files or links to new or existing bundles without switching apps. You can also view, edit, and share your bundles inside the Bundler app. It doesn’t look like it supports exporting .zip files yet, but the developers say they’re on it. This app is available for free.

Shorts is a new app with an interesting premise: follow your friend’s Camera Roll. It sounds kind of creepy, but the idea here is to provide a more intimate look into the lives of friends and family than what you see on Instagram or Facebook. Here’s how it works: each time you open Shorts, it uploads all of your recent photos or videos. Then you’ll see the recent uploads from everyone you’re following. No filters. No special effects. Just people. This app is available for free.

From Mediocre, the Apple Design Award-winning team behind games like Smash Hit and Does Not Commute, comes Dirac. It’s a fast-paced puzzler, which plays like a sci-fi version of connect-the-dots. To start with, a couple of dots begin oozing out of a node in the center of the level that you must connect by drawing a line with your finger. There are various bonus and power plays to pick up, and of course the levels get more challenging as you progress. This game is available for $1.99.

Escape a cold, inhumane factory and free yourself into a mind-blowing fantasy world in Dream Machine. This may look like a Monument Valley knockoff, but rest assured it’s a very different experience with fantastical machinery, hazardous levels and epic boss battles. It is very similar to MV, however, in that it is a 3D puzzler with beautifully hand-crafted levels. Dream Machine also supports 3D Touch, which gives you precise control over your gameplay. This game is available for $0.99.

More apps you should check out

These apps have been updated 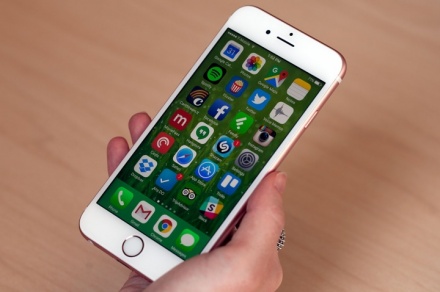 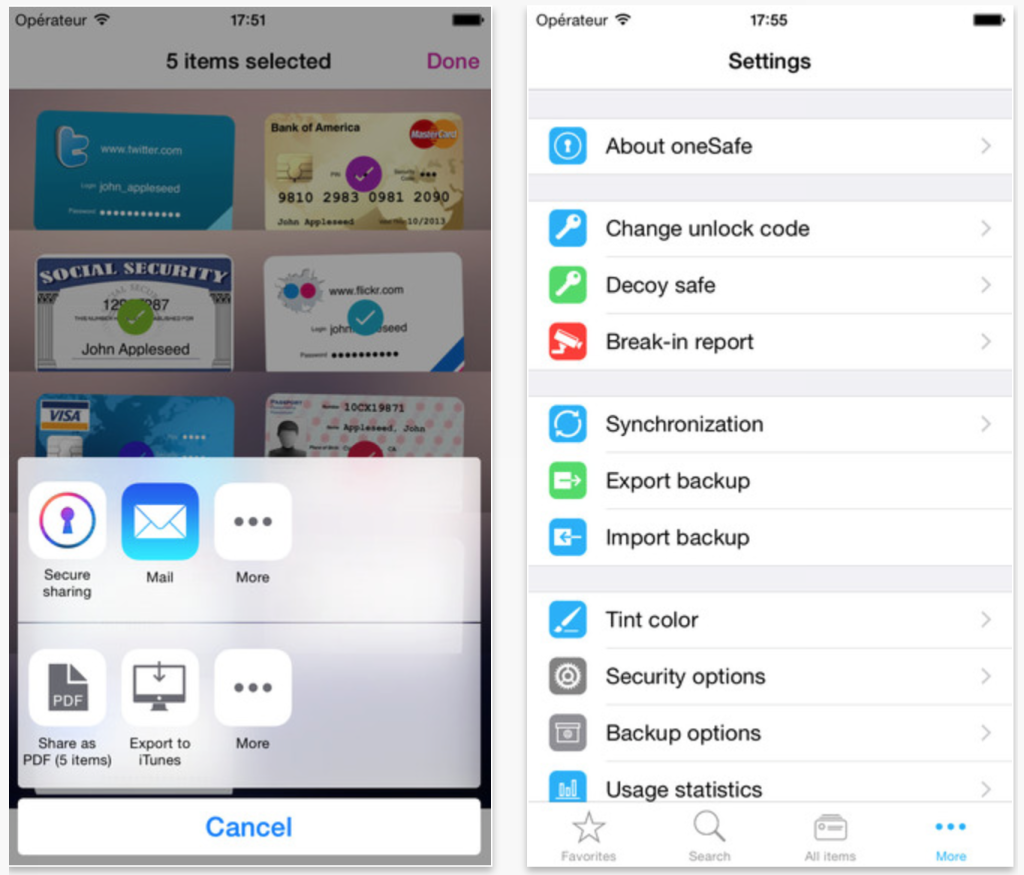 Apple on Thursday updated its App of the Week promotion with the app OneSafe. This means that for the next 7 days, you’ll be able to pickup Lunabee’s popular password manager for free for both iPhone and iPad, a solid savings of $5.

For those who aren’t familiar with it, oneSafe provides advanced security for your sensitive data with features like Touch ID, decoy safe, intrusion detection, and self-destruct mode. It stores logins, financial data, credit cards and more.

From the App Store Editors’ Notes:

And here are a few more screenshots:

If you want to check it out, OneSafe is available in the App Store for free. And if you end up liking it, there is a version in the Mac App Store available for $19.99. This way you can sync all your logins and sensitive data with all of your devices. 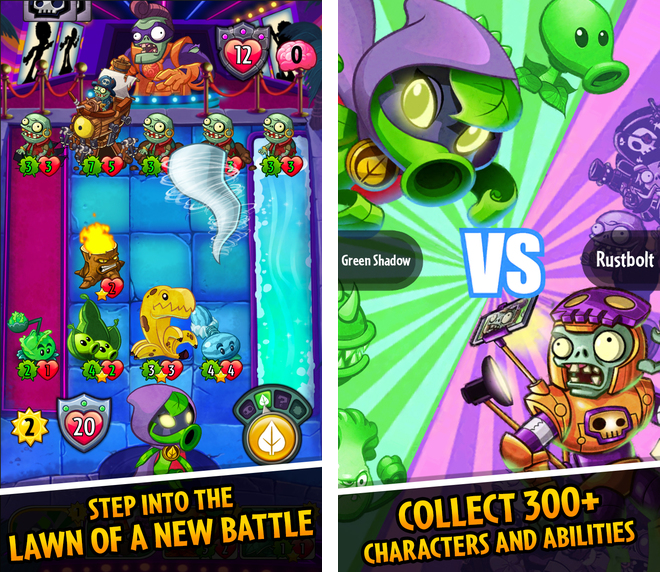 Featuring comic-style narrative that tells the story gradually as the game progresses, Heroes challenges you to assemble an all-star Plants vs. Zombies team to outwit opponents in battle. The game soft-launched in New Zealand ahead of its upcoming worldwide release.

Created in partnership with PopCap, a mobile developer owned by EA, Plants vs. Zombies Heroes will be a freemium release with In-App Purchases.

Some of the brand new characters include The Green Shadow—an elusive but powerful peashooter known for taking out zombies with her Precision Blast—and Impfinity, a Zombie Imp Hero with the ability to create multiple Imp clones during battle.

And for the first time on mobile, you’ll be able to play as either plants or zombies. The game sports the single-player campaign mode that pits you against AI, but you can also challenge friends from around the world in real-time online multiplayer mode.

“In adventure mode, lead your favorite plant and zombies on an epic missions to battle and take down all opposing Heroes across locations as zany and diverse as the Heroes who inhabit them,” reads the description.

By completing daily quests, players can earn rewards to expand their roster of Heroes and sidekicks. The game is “charming and approachable, but rich with depth, secrets and strategy.”

Here’s the announce trailer for Plants vs. Zombies Heroes.

Players can also test their skills and experiment with different Heroes and team combinations in single player missions before creating new strategies for their Hero by selecting compatible teammates.

“Use the adventure mode to one your skills and fine-tune your strategy, experimenting with different heroes and powerful teammate combinations along the way,” notes EA.

And here’s the gameplay video.

Additional features such as real-time competitive player-vs-player mode and a crafting system will be delivered by way of free updates later this year.

According to developers, the journey of Plants vs. Zombies Heroes began more than two years ago as a paper card game prototype built in the spare time of EA’s Creative Director, Devin Low.

Additional videos are available via the game’s jam-packed YouTube channel. 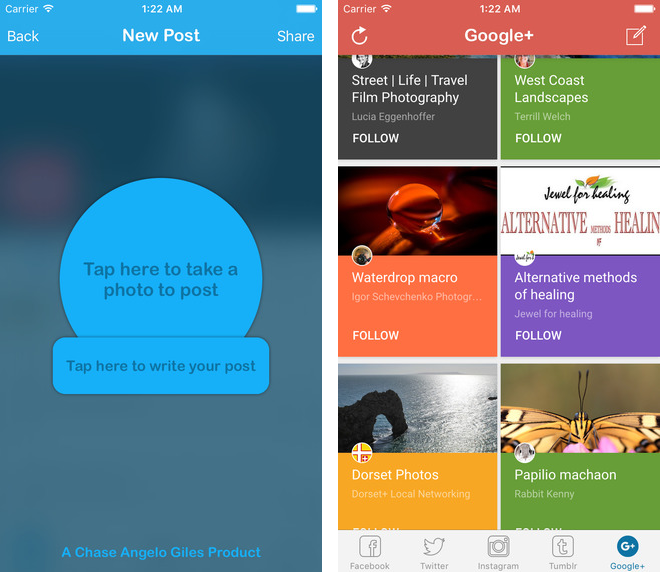 Social Square puts your favorite social networks in one app

As a rule thumb, the more popular a social network is the uglier, slower and more terrible its mobile app gets.

Facebook’s app, for instance, has long been criticized for its battery hogginess, especially after it’s been discovered that it’s suspiciously circumventing Background App Refresh to continue running in the background when it should not.

Formerly known as MySocial, this iPhone app by Chase Giles lets you browse Facebook, Twitter, Instagram, Google+ and Tumblr without having to worry about your iPhone’s battery life.

5 social services and one app to rule them all

After launching the app and connecting your networks, you can quickly switch between your Facebook, Twitter, Instagram, Google+ and Tumblr feeds by tapping the icons lined up alongside the bottom. As both a nice touch and a thoughtful design decision, the iOS status bar automatically changes to that network’s specific color.

Completely rewritten in Swift for speed and using Apple’s new WebKit-based Safari View Controller, this app makes browsing your feeds as fast as in Safari itself while supporting the swipe gesture to go back and forward. Also, links in your social feeds open in-app and Safari content blockers are supported, too.

In addition to viewing posts, the app lets you publish status updates or post a photo to your favorite social services. There’s even a share sheet extension permitting you to save photos and text to any app in iOS’s multi-purpose Share menu.

Plus, it supports 3D Touch gestures so you can quickly compose a new post by pressing the app’s icon on the Home screen and then choosing an option in the shortcut menu.

Those who own an iPad Pro, iPhone 6/Plus, 6s/Plus will be happy to know that this app is fully optimized to take advantage of their device’s native display resolution.

And with full support for iOS 9’s new multitasking features, you can run Social Square alongside your other apps in Slide Over and Split View modes on compatible iPads.

Now, the developer has claimed that browsing social networks in Social Square comes with “minimal power consumption”. Frankly, I haven’t had the time to run a non-scientific test to verify his claim so you’ll have to take it as-is.

Granted, this app is basically a glorified web view of the top five social networks and as such lacks many service-specific advanced features. Though it won’t replace native mobile apps from Facebook, Twitter, Google, Instagram and Tumblr, Social Square should be more than adequate for keeping tabs on your friends’ posts on the go.

Social Square requires an iPhone, iPod touch or iPad with iOS 8.0 or later. The app is English-only and lacks a native interface on iPads.

Social Square is available free of charge in the App Store.