Run Your Own Campsite in Animal Crossing: Pocket Camp 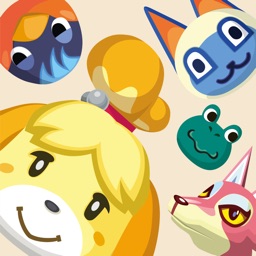 Animal Crossing: Pocket Camp (Free) by Nintendo is a full-fledged Animal Crossing game for smartphones, and it's been met with much anticipation. Pocket Camp joins the ranks of other Nintendo games on iOS, including Super Mario Run and Fire Emblem Heroes.

Then New Leaf kind of fell off for me, and I neglected my town about a year after I started. Now it's been years since I last played New Leaf, and honestly, I'm afraid to fire up the game in fear of finding out which of my beloved animal villagers has left me. But that's okay, because now there's Pocket Camp.

Animal Crossing: Pocket Camp has the same AC aesthetic from previous games. This means a lush 3D rendered world that's full of bright and vibrant colors and cute animal character models. If you've played previous AC games, then you'll feel right at home. If this is your first AC experience, then you should let the low-poly style graphics work their charm on you, because it's hard to not fall in love with the AC world. All animations are smooth and there's no lag on my iPhone 8 Plus. Pocket Camp includes the adorable sound effects from previous games and the music is relaxing.

If you played previous AC games, you'll remember that you start as the mayor of a small village, and your goal is to grow and expand that town to attract new residents. Pocket Camp is different. Instead of owning a town, you're the manager of a campsite. You can choose the theme of the campsite (cute, cool, sporty, or natural) and decorate it however you want.

Various animal campers begin to set up camp in different areas of the campgrounds (riverside, island with plenty of bugs, oceanside, and even a lush grove), and your job is to meet them and fulfill their requests to build up friendship levels. By earning their trust, you'll get rewarded with Bells (AC currency) and useful crafting materials. When you get to certain friendship levels with animals, you'll earn cool things like matching clothes, rare materials and decor, and eventually their character portrait.

The requests that the campers have vary, but they're usually pretty easy to fulfill. These include collecting fruit, bugs, shells, or even fish. To get these items, you'll have to go around the campgrounds and do various activities. Once you harvest an item, like fruit from trees, you'll have to wait a while before more fruit is available (hello timers). Bugs and fish are quicker to re-spawn, as you'll find more if you just walk around a little.

If you have trouble finding specific items that animals request from you, then you may want to turn to the Market Box feature. In the Market Box, you (and others) can list items for sale. These can be seen by friends you've added and vice versa, so if you're in need of something, check what your friends have for sale.

Your character can also only carry so much, so when your bag is full, you'll need to sell items or list them. As you raise friendship levels, you'll earn experience points for your character. Once you level up, you unlock more characters, your inventory space may increase, and you unlock more items to craft.

After you reach certain friendship levels with animals, you can also invite them to your campsite, and have them stay permanently if there's space. But each animal has certain requirements that need to be fulfilled before they visit, and this includes having specific decor items available.

There's also a marketplace area on the map, where mobile versions of your favorite shops come by to sell goods. This includes the Able Sisters for clothes, Kicks for shoes and socks, and the traveling Nook 'n' Go for various decor. The vendors rotate every few hours, so you'll want to check back often for new items.

On top of everything, you roll around in a mobile camper. This serves as your home in the game, and it can be customized on the inside and outside. New to Pocket Camp is OK Motors, ran by brothers Giovanni, Beppe, and Carlo. They can do paint jobs, change your camper style, and upgrade the inside to be bigger and better! They're also this game's Tom Nook, because you'll have to do loans for these pricey upgrade jobs, and pay them back over time.

Since Pocket Camp is a free game, there are Leaf Tickets. This is the premium currency that's used to speed up crafting jobs from Cyrus and even purchase special items like throw nets (catch many fish), honey (attract many bugs), and fertilizer (grow fruit immediately). While you can buy Leaf Tickets through IAP if you're low, I found that the game is rather generous with giving you free Leaf Tickets from leveling up and completing Timed/Stretch Goals.

I've spent a good several hours playing Animal Crossing: Pocket Camp since it came out, and not surprisingly, I find it hard to put down. I swear I swore off of Animal Crossing since I abandoned my village in New Leaf, but just like that, Nintendo has pulled me back in to this adorable world through camping.

Animal Crossing: Pocket Camp is a watered-down version of the console franchise, but it still provides players with plenty to do and collect.

Animal Crossing: Pocket Camp has a lot of things to do that will keep players (new and old) invested for a while. This is a nice mobile version of the popular franchise, though it's a bit watered down from the console versions. It's easy to navigate through the campground, there's a ton of animals (including your favorites), and the one-touch controls for activities makes it easy to play this anywhere, anytime.

And despite it being a free game, Leaf Bucks are not hard to get without paying a dime. And while there are timers (like the actual games), this game is meant to be played in spurts throughout the day, whether they're minutes or hours.

Animal Crossing: Pocket Camp is its own beast. If you are expecting a full-on game with free-roam and vast areas to explore and collect things, then you won't find it in Pocket Camp. Each area on the map is limited in terms of things you can do there, and it definitely feels mini-sized.

I also wish that the mobile vendors sold more than three items at once. They stay in the marketplace for several hours, so when I go back to check, it's often the same stuff (yes I play a lot). I would like to see maybe six items at a time for the clothes and socks, because I love to customize my character and have favorite accessories that I want.

I've spent a good amount of time with it so far, and I'm already level 20. If I get bored, I can just launch it, check on my campsite and do some requests, gather some items, and then put it away. Or I can just keep playing it for hours if I feel like it. It's also incredibly relaxing to play, and provides me an escape from reality.