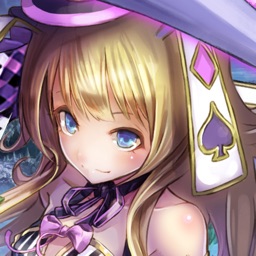 Cryptract isn’t a title that rolls off the tongue, but that hasn’t stopped the game finding a massive audience in its native Japan, where its full name is Genjuu Keiyaku Cryptract. After four long years, the mobile version of Cryptract has finally arrived in the West. Was it worth the wait?

For the most part, yes. But before we get into the whys and wherefores, here’s the backstory.

Cryptract sees you playing as the ruler of a fantasy kingdom that has been attacked by a mystical creature and its army of minions. You’re left with no choice but to take up arms and send this beast back to the underworld (or wherever it came from).

That means getting into an endless succession of turn-based battles with squads of monsters. There are campaign battles, side missions, a tower, beast battles, and much more, all of it conforming to the same tripartite format.

The combat itself is equally familiar. You can take up to four units into the field, plus a friend - a character borrowed from another player’s army to lend a bit of extra firepower. Each unit has a basic attack and a skill, which can be an attack or something more wholesome, like healing or discovery.

There’s also an auto button, and you’ll spend most of the game with this button activated, since the game’s AI can handle combat perfectly well for the most part.

Instead, you’ll concentrate on strategy - creating the strongest possible party using the best possible combination of units. You can have up to ten parties ready to deploy, all of them suited to different battlefield conditions.

Winning is not just a matter of stuffing your strongest, starriest, most levelled-up units into a party. Each unit also has an elemental attribute, such as wood, fire, and water, and these interact with each other in different ways. Fire beats wood, water beats fire, and so on.

To give yourself a tactical advantage you need to ensure that the party you send into battle has the right combination of elemental attributes to defeat your opponent. As the saying goes, never bring fire to a water fight.

While it’s not exactly groundbreaking on the gameplay front, Cryptract does what it does very well. The gacha system is fair, there’s always a battle you can win from the huge selection of missions available, and your progress through the campaign always feels steady.

But Cryptract’s undisputed ace card is its well-written and impeccably localized text. The campaign and side missions are all introduced by segments of an unfolding narrative in which characters have inner lives, anxieties, and motivations. You carry these with you into battle.

The side missions in particular add an extra layer to Cryptract, padding out the main story with neat little subplots that exist not to change the course of events by to add color and depth to the gameworld and place your actions in a larger context.

The presentation is in a storybook style, too, with entirely 2D graphics and fairly modest animation Cryptract is about words at least as much as pictures, which is refreshing.

There’s relatively little in the way of innovation in the world of fantasy RPGs with gacha mechanics, and Cryptract is no exception to this rule. Over time the game can become grindy, with you having to watch battle after battle in order to earn orbs to summon new units.

Cryptract is better balanced than most, and there’s plenty of fun to be had in tweaking your parties to try and get through a particularly rough mission or beast battle, but grind will get you in the end.

And if you’re a fan of technically impressive 3D RPGs you may find yourself underwhelmed by Cryptract’s deliberately modest presentation.

There are plenty of gacha-powered fantasy RPGs to choose from, and in gameplay terms it can be hard to tell them apart. Cryptract makes an effort with a strong sense of narrative and exceptional localization.

It’s a well-balanced RPG, too, thanks no doubt to its years of playtesting in Japan. If you’re on the lookout for a new gacha RPG, Cryptract is a solid prospect. It may look modest, but it’s polished in the right ways.